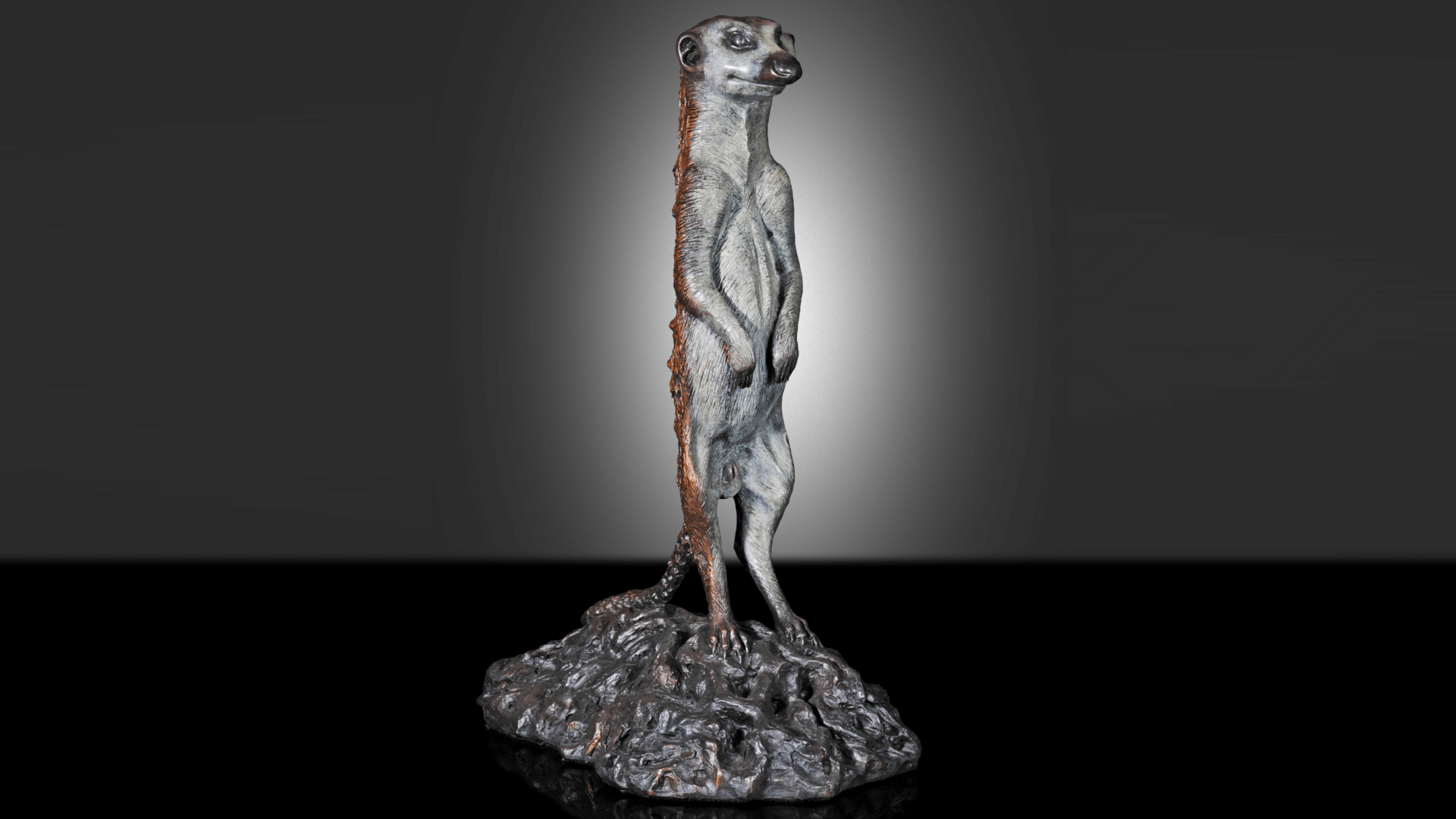 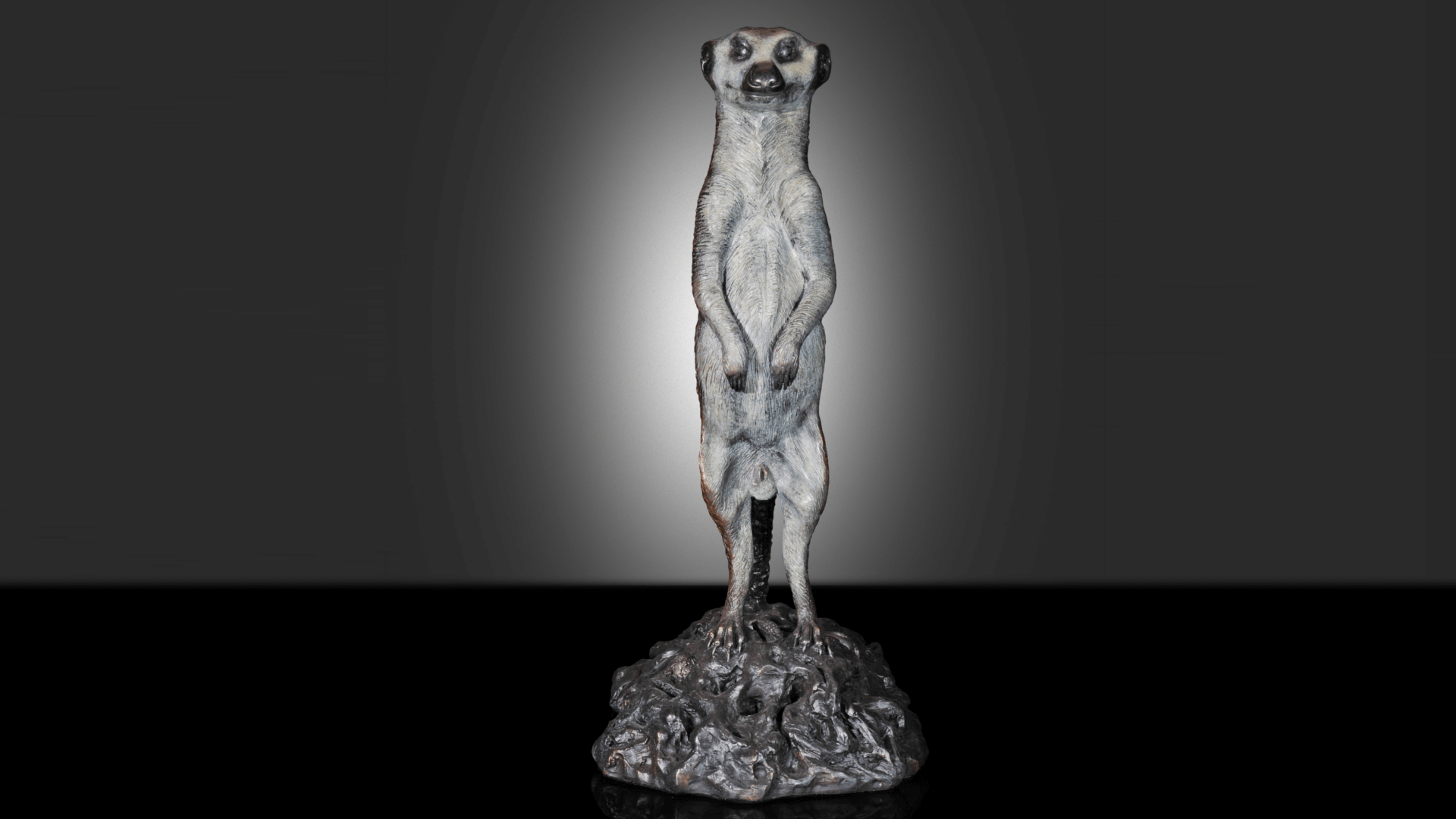 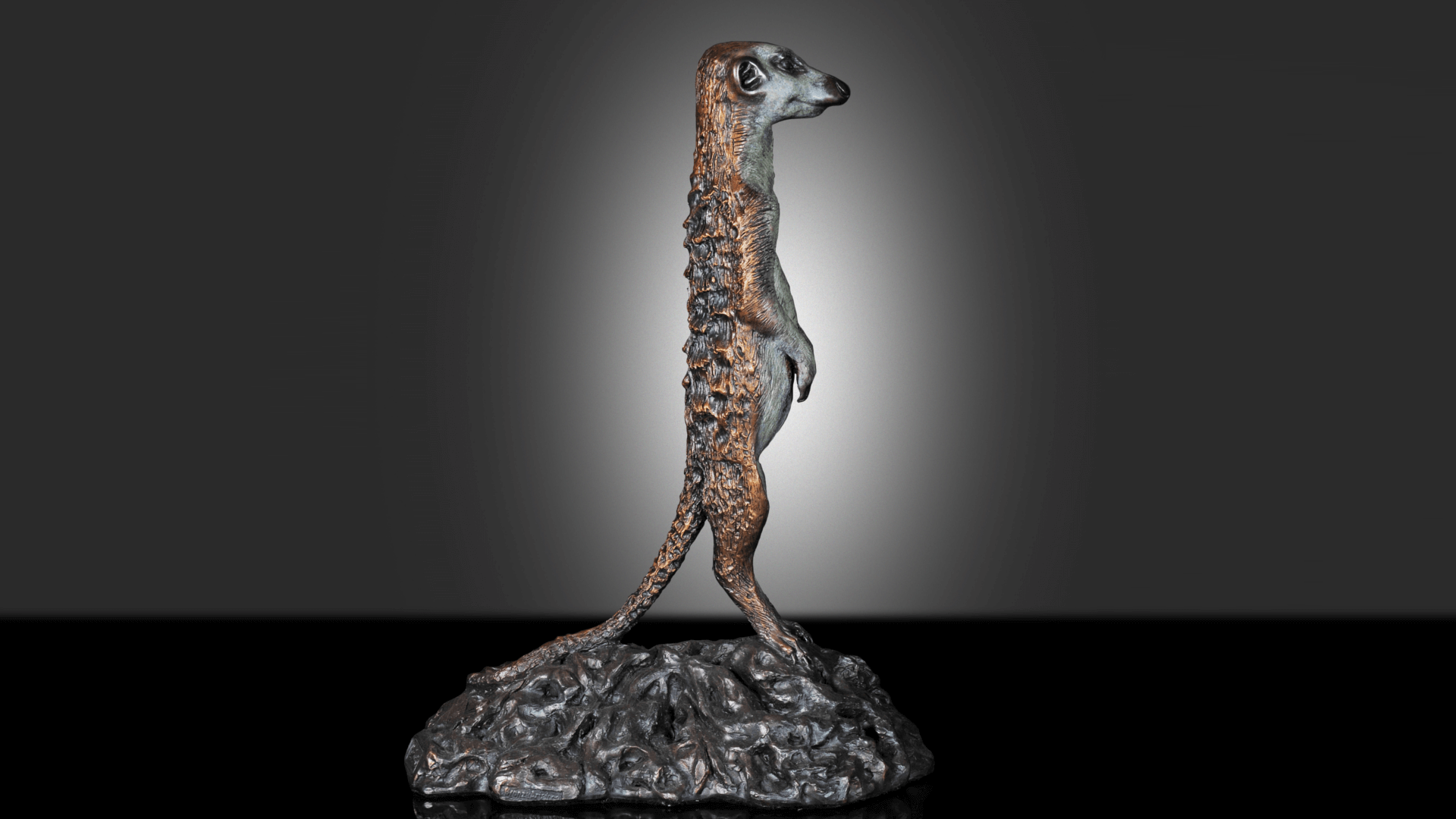 These gregarious animals are often seen in groups, and several families may live together in a large community.

Squirrel-sized meerkats are mongooses famed for their upright posture. They often stand on their rear legs and gaze alertly over the southern African plains where they live. Mothers can even nurse their young while standing.

Meerkats (also called suricates) work together in numbers. A few will typically serve as lookouts, watching the skies for birds of prey, such as hawks and eagles, that can snatch them from the ground. A sharp, shrill call is the signal for all to take cover. While a few individuals guard the group, the rest busy themselves foraging for the foods that make up their varied diet. Meerkats will eat insects, lizards, birds, and fruit. When hunting small game, they work together and communicate with purring sounds. Meerkats are good hunters and are sometimes tamed for use as rodent-catchers.

Meerkat groups utilize several different burrows and move from one to another. Each burrow is an extensive tunnel-and-room system that remains cool even under the broiling African sun. Females give birth to two to four young each year in one of the group's burrows. Fathers and siblings help to raise meerkat young, teaching them to play and forage and alerting them to the ever-present danger from above. Young meerkats are so fearful of predatory birds that even aeroplanes will send them diving for cover.