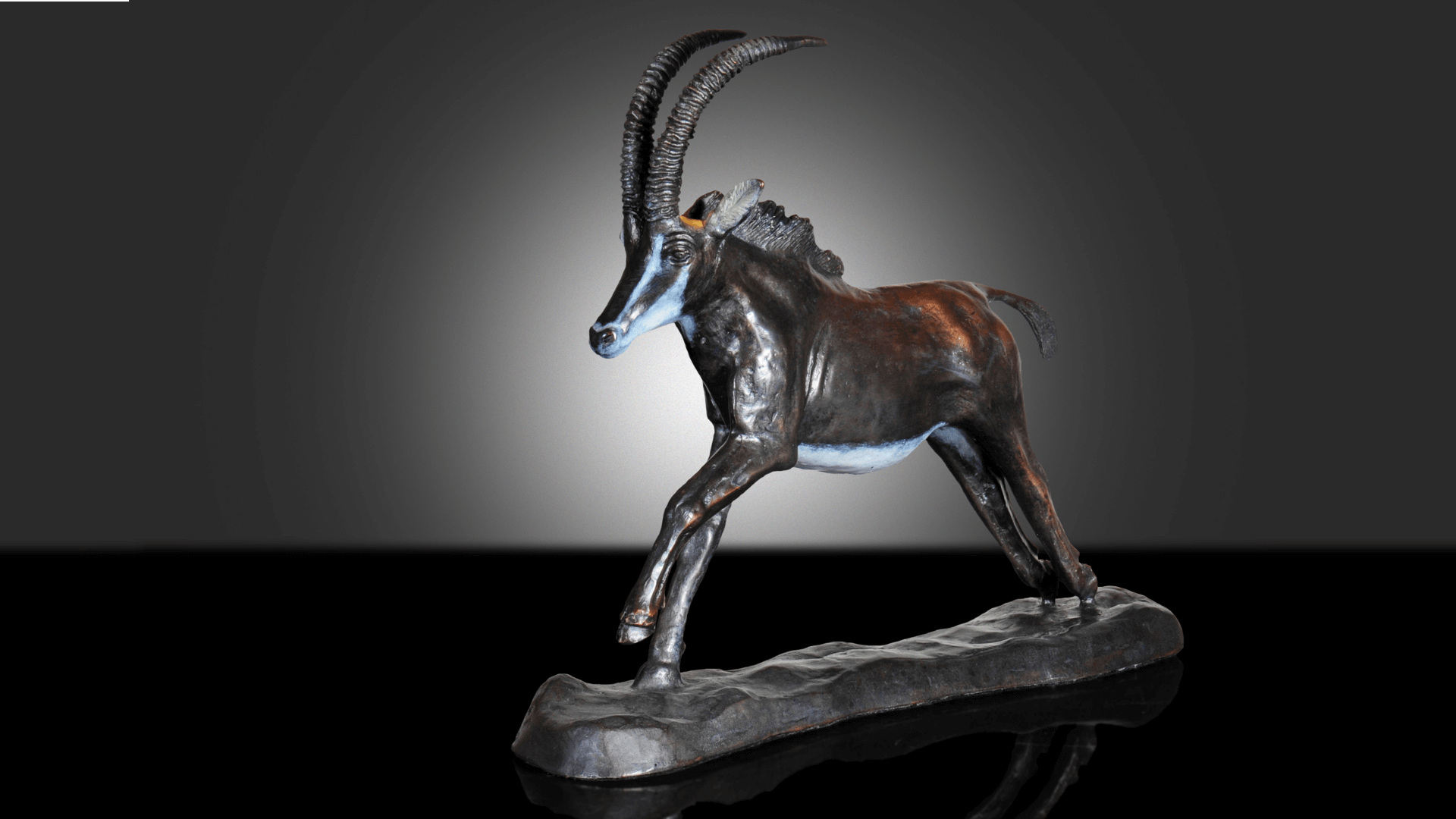 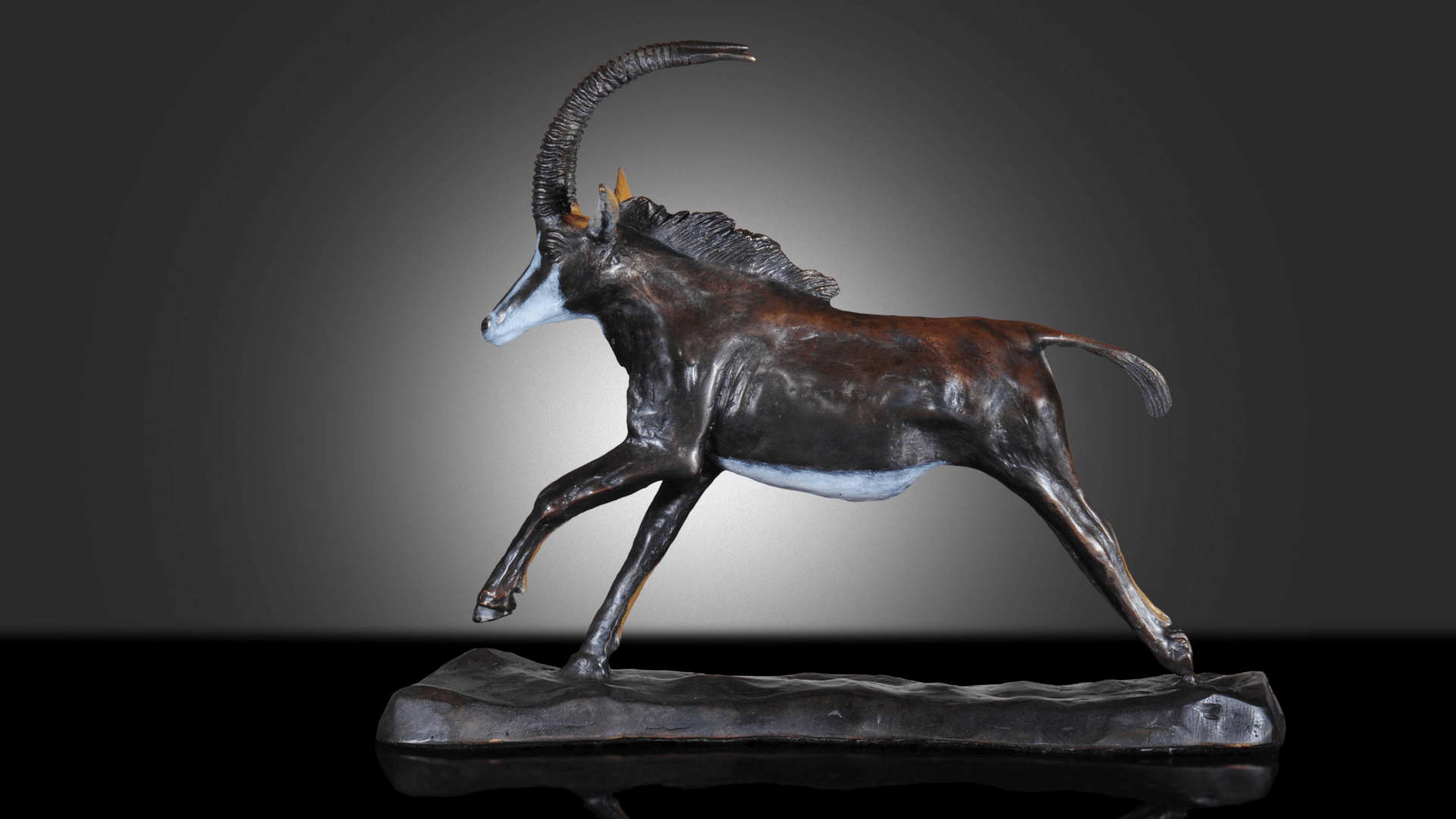 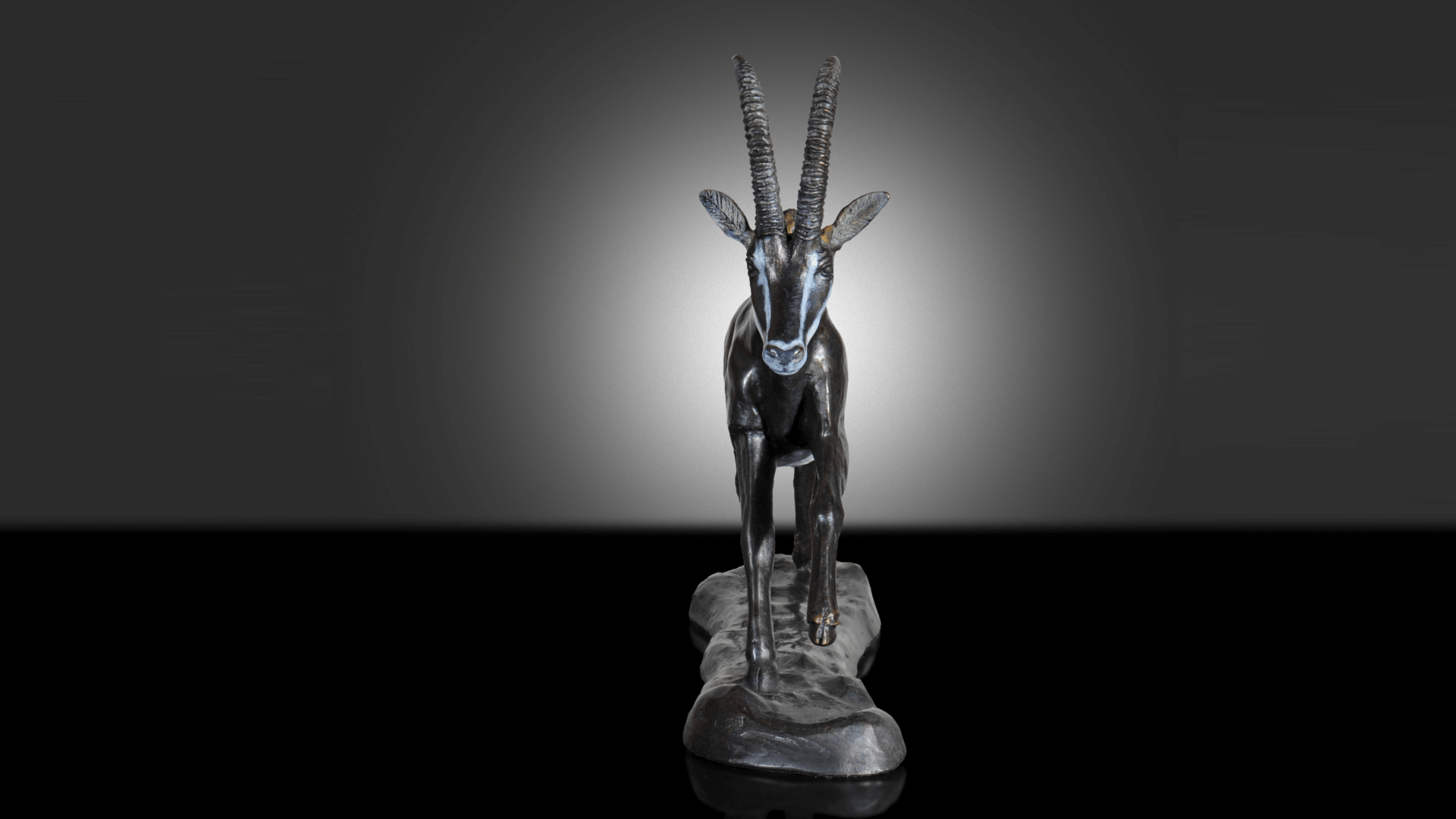 This is a large and handsome antelope. Sable are characterised by glossy black coats with white underparts and white facial markings.

Cows and young are dark brown in colour. Both sexes have stiff black manes along the dorsal aspects of their necks.

The shoulder height of bulls is 1.4 m, which weigh up to 270 Kg. Cows are slightly smaller. Both sexes have long horns, which are ridged, and which curve backwards.

Tips of horns are smooth and sharp-pointed. The scimitar-shaped horns of mature bulls can be up to 1.2 m in length. Horns on females are shorter and slimmer. Ears are brick red at the back and shorter than that of the roan antelope. The horn of the young become visible at the age of two months.

Sable are most active during early mornings and late afternoons and drink water at mid-day.

This is a gregarious antelope, showing great variation in herd sizes. During the calving season, small groups with pregnant cows separate from larger groups consisting of young and non-breeding animals. During late winter large herds congregate on bunt areas or moist vleis. Territorial bulls will evict young bulls from breeding groups when they become sexually mature at the age of three years.

They prefer open savannah woodlands or moist vleis, in which they select for medium height, good quality grass cover.